Changes in your Menstruation?

It can be unnerving and downright scary to see changes in our menstruation, and not understand what's happening.

The following list simplifies the different types of abnormal (dysfunctional) uterine bleeds for you - because as women, it's important to understand our body. And after all, knowledge is power...

The absence of menstrual periods. This condition may be further classified as:

Primary amenorrhea. Also known as delayed menarche. The lack of first menstrual period by the age of 16 years.

Secondary amenorrhea. This the absence of a menstrual bleed in women who previously menstruated.

The periods must be absent for at least three months to be considered amenorrhea. This can happen due to your hypothalamus simply stopping production of hormone required for menstruation (GnRH). This can occur in response to things like emotional stress, excessive exercise or very low caloric intake.

This is pain associated with your period.

Primary dysmenorrhea. Painful menstrual periods that are not caused by a specific underlying disease or condition. Commonly the result of inflammation from prostaglandins which contract the uterus.

This is the medical term for excess / heavy menstrual bleeds. Identified when a woman loses 80ml+ of blood per cycle over several menstrual cycles in a row; soaks through one or more pads every hour for several hours; has long menstrual periods (lasting 7+ days); needs to wake up at night to change pads; or passes large clots frequently throughout the menses.

The causes can vary but include: oestrogen dominance, a thyroid condition, clotting disorders, uterine fibroids, Endometriosis, Adenomyosis &/or pituitary dysfunction.

Oligo-ovulation defines when we ovulate less often than we should (normal is once in your cycle, commonly around day 14 of a 28-day cycle). It is also possible though for women to not ovulate at all. This is referred to as an ‘anovulatory bleed’ or cycle.

This is a serious condition as ovulation is not only important for fertility, but ovulation is the way we make estradiol and progesterone - which play an important role in various functions of our body.

This refers to unusually infrequent menstruation and a scattered pattern. It's where a woman goes for longer than 35 days without bleeding. The diagnosis changes to Amenorrhea if more than 90 days pass without a period.

Some of the reasons this commonly manifests include side-effects from the use of hormonal birth control, heavy exercise, eating disorders, diabetes, thyroid issues, certain medications and perimenopause.

Polymenorrhea refers to unusually frequent menstrual periods. It generally refers to a menstrual interval of fewer than 21 days and can be linked to certain medications, bleeding disorders, sexually transmitted infections, pelvic inflammatory disease, or hormonal imbalances including thyroid, adrenal, or pituitary gland dysfunction.

If you can relate to many of these types of bleeding, don't feel overwhelmed. Thankfully, as Naturopaths, we are acutely aware of the delicate balance within the endocrine system, and how that balance affects women's health and their cycle.

In 2020 I started loosing a lot of hair from my crown. It was so distressing to see almost half of my thickness disappear in the last 2years. Then I started taking happy hormones at the beginning of this year and my crown has grown hair as have the sides of my temples which were empty. To say I am happy is an understatement I am forever grateful to have come across this incredible product. View the pictures now and before shots. Thankyou Happy Hormones your product is exceptional! 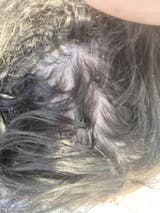 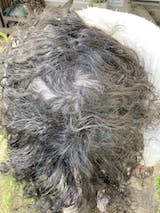 Thank you. I really notice the differenc. My moods are more balanced, the urgency and discomfort associated with the need to be has reduced. I will definitely be continuing thank you. 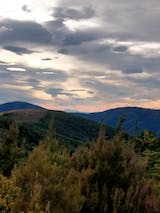 Happy Healthy You Kylie B. (Melbourne, AU)
Thank Goodness I Found You!

I’ve been having hot flushes for about 4 years or so but am still only peri menopausal. My flushes have pretty much stopped, I probably chose the wrong time of year to start taking these wonder capsules as now I’m feeling the cold here in Melbourne…this time last year I was still walking around in t-shirts and Havi’s! Another amazing benefit is that I was still taking the contraceptive pill to regulate and to prevent severe cramping not only during my cycle but also during ovulation. I decided to stop taking the pill to see if my cycle had stopped naturally as I turned 50 in January, it hasn’t, so the ovulation pain that came 2 weeks later was excruciating and I was effectively bed ridden for 5 days! I was DREADING my period! Whilst ovulating I had starting taking Happy Hormones and lo and behold, when the period arrived, NO PAIN!! I had told my Dr that I had planned on restarting the pill….no longer necessary! I’m so extremely grateful to have found HH and that I took the chance to try something natural…it’s been a complete game changer for me! 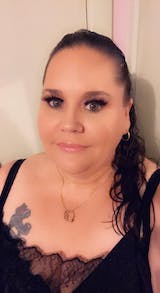 Love these products but what I love more is the support and the groups! At least you find out that that weird sensation, or itch or weight gain or something is just not you alone! I take a few of the HH products and really like them all. HH, HL, HC, HG, GT...........lately been taking HC twice a day...I think its working ...my husband is still alive :)
Pis is me and the gand waiting on the HH order :) lol

Have been taking HH for about 5 years now and they truly work. The formula of HH is the best I have ever come across. I feel calmer taking them and they keep the hot flushes to either nothing or very mild. I take two capsules twice daily which seems to be the best maintenance dose. Go on try them, HH really work. 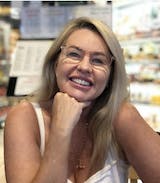 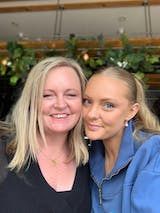 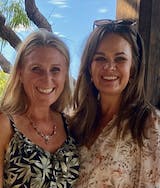