Dysfunctional Uterine Bleeding (DUB) is something that affects nearly every woman at some point in her life. DUB's are abnormal uterine bleeds involving vaginal bleeding which occurs outside of your regular menstrual cycle.

These bleeds are commonly caused by a specific hormonal condition. Below, I shed some light on what these are and the difference between them.

Polycystic Ovarian Syndrome is one of the most common endocrine disorders found in women. It affects approximately 5-10% of women worldwide. To be diagnosed with PCOS, a woman must present two out of the three criteria: irregular ovulation, high androgen levels, and polycystic ovaries (on an ultrasound). Interestingly, about 30% of women with this condition have no cysts. Those who do have them due to follicles which have not undergone regular maturation and ovulation in previous cycles. Many women will also present with:

Endometriosis is a serious inflammatory condition whereby pieces of uterine lining grow in abnormal places throughout the pelvis – most commonly in the ovaries, bowel or the tissue lining the pelvis. This outcast endometrial tissue responds to monthly cycles of oestrogen and progesterone by swelling with blood, thickening, and shedding at the time of menses. This can cause:

This bleeding outside of the uterus and into the pelvic cavity can lead to pelvic inflammatory disease and may result in fibrosis (hardening of the tissue) and adhesions within the area. Endometriosis affects more than 1 in 10 women and definitive diagnosis is attained only via laparoscopy, where a surgical scope is inserted into a small incision in your pelvic region.

Pelvic Inflammatory Disease is an infection of the organs of the female reproductive system. It commonly occurs when bacteria spread from the vagina to the uterus and upper genital tract via intercourse, sexually transmitted infections, intrauterine devices, childbirth, miscarriage, abortion, or endometrial biopsy. This condition can be asymptomatic; however, PID may cause scar tissue and abscess development in the fallopian tubes leading to chronic pelvic pain and/or infertility. Symptoms also include:

Adenomyosis is a condition wherein the cells that normally form a lining on the inside of the uterus (womb) also grow in the muscle wall of the uterus. Adenomyosis depends on oestrogen circulating in a woman’s body. When the oestrogen levels go down (e.g. at menopause or post hysterectomy), adenomyosis symptoms cease. In some cases, adenomyosis causes no symptoms at all. However, many women suffer:

Uterine polyps are growths (ranging from millimetres to centimetres in size) which attached to the inner wall of the uterus and protrude into the uterine cavity. They most commonly occur among women in their 40s and 50s. It's possible that these polyps cause no symptoms at all but when they do, these include:

The severity of symptoms can depend on the size, number, and location of the polyps. Unlike fibroids, polyps can be malignant growths, although this is rare and usually only found in postmenopausal women or those left untreated.

Uterine fibroids, also known as leiomyomas or myomas, are benign muscular growths that develop within the tissues of the uterus. These growths can vary in shape and size and can be found both on the outside of the uterus and deep within the uterine tissue. It is not uncommon for fibroids to change in size throughout your cycle as they depend on the amount of oestrogen they’re exposed to. Fibroids grow slowly over many years – if not decades – and are often not found or left untreated. Symptoms include:

One thing that all these conditions have in common is not only hormonal imbalance but also poor hormone metabolism. And they would, therefore, benefit from the combination of Happy Greens and Happy Hormones.

What I like about this company is that it's not about selling products as a main line, it's about education and information followed by a choice of items to purchase based on science.

Love this product helped me tremendously with all symptoms of premenopausal, I had tried all products on the market this the only one that worked and gave me my life back

Sprays on easily not greasy and is light. I love it. Great protection from the sun as is with Coola products they are always good.

I’ve been taking Happy Hormones for about 6 years now and ever since I started them I just don’t feel like I’m going through menopause anymore. They are a natural cure. Thank you Jeff and Lisa and thank you for my Xmas gift xo♥️ 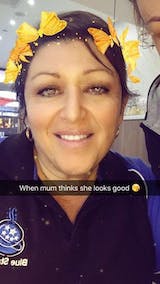 I have been using happy hormones for 18 months now and I honestly cannot fault them. I originally started using these because I suffered from bad cystic acne (hormone imbalance) and my skin has completely healed. I noticed a major difference after 4 months taking 4 tablets a day. I honestly didn’t believe or think that this would work because I tried so many things such as skin care routines, facials, diet changes etc. Too add another positive onto my skin journey, my periods have been lighter and the pain is barely there, I don’t get mood swings or feel bloated at that time of the month it’s amazing. I highly recommend these products for about one struggling with their skin or periods.